Dismiss
< Back
filter:
X-rated foods: Why the watershed will be breached

Consumption of sugar and child obesity isn’t just the responsibility of the like of Nestle, Mondelez and Coca-Cola, who we’ve worked closely with over the years. It is an issue for every FMCG brand. Obesity is reaching epidemic proportions in the UK and is something public health officials and the population (at large) should be concerned about and taking positive steps to manage. But playing with the watershed is not the answer 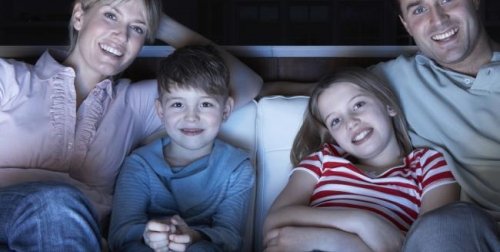 The recent report by the Commons Health Committee that recommends junk food advertising be banned before the watershed, demonstrates a lack of understanding of consumer thought processes and the way people really consumer media, as well as sweets.

It makes a series of assumptions that are as naïve as they are condescending. It implies that those watching before 9pm are susceptible to external influences and those watching after are not. Adults will still be seduced into succumbing to their inbuilt urge to seek out the comforting, satiating, joyful surge they get from sugar and fat consumption. Our behaviour in buying and consuming influences the behaviour of children far more. I’m currently sitting in a coffee shop watching a middle class mum share a pain au chocolat with her toddler. Did she see it on TV? No. The satisfaction on mum’s face is the best ad her child can ever see.

The report also assumes that mass advertising is the main means of influencing people, while we all know that our kids in particular are increasingly moving away from traditional channels. The key to this particular issue is whether or not one subscribes to the view that mass advertising ‘normalises’ consumption of unhealthy food amongst families. That’s a very big question, but I personally believe it’s the wrong one.

Advertising junk food only after 9pm is performing two separate roles – brand awareness- building in categories like confectionary and soft drinks, and direct sales in the case of takeaway pizza. In the latter case, it’s possible that the ban could have a direct effect on behaviour, but only if the consumer doesn’t notice the deluge of ads and coupons directly incentivising their behaviour that pour through their literal and electronic letterboxes.

We only need to look at the Public Health England campaign, Change4Life, to see how advertising doesn’t directly lead to behaviour change. The fact we still have an increasing epidemic shows that the two-year campaign isn’t providing a quick solution – just like an outright ban won’t.

The proposal also misunderstands how consumers make decisions. Consumers don’t choose a junk food because they think it’s good for them, it’s exactly the opposite. Junk food brands – and consumers – know that they are a treat or guilty pleasure. ‘Worked hard?’ Reward yourself with chocolate. ‘Feeling Lazy?’ Order a take-away, no-one will see. ‘Been good at school?’ Here’s a chocolate bar to welcome you back into my arms. A lot of these brands recognise that they play on the concept of reward and treat, which in turn begins to form a self-reinforcing pattern.

Perhaps most importantly, the proposal raises the question again of the right of thoughtful choice. Was it really up to Tesco to ban certain products like Ribena to protect parents (and their children) from themselves? Was it legitimate and moral when they continued to sell cigarettes, alcohol and full-fat CSDs? Perhaps the money would be better spent on giving positive information about healthy eating choices to better inform decisions, or more radically by investing in new brands that take a positive nutritional stance. Now there’s a positive idea – an investment fund for ethical food innovators.

Perhaps the one direct influence the watershed move may make is in persuading brands, rather than consumers, to change their behaviours. They will certainly have to rethink how they deploy their media dollars and find new ways to influence people – which is why the ban won’t work. There are too many other channels that brands can push their wares over and no real incentive for the brands to change their approach. Instead of penalising through proposals like this, wouldn’t it be better to encourage new behaviours by reward? After all it’s what drives us. Time for a well-earned Latte and flapjack.