Dismiss
< Back
filter:
Think outside the box with a cross-sector partnership

Partnering with an organisation outside your sector can deliver the fresh new thinking you need. Here are two examples of successful cross-sector business partnerships – and one that didn’t go quite to plan

Cross-sector business partnerships can be a brilliantly effective way of building brand awareness with a new audience, but they can also help companies gain a competitive edge within their own sector.

Of course, for these partnerships to work in any company, large or small, the environment has to be right. “You need to give people permission to experiment and look for ideas outside. Make it part of the company DNA,” says business strategist Rita Trehan, the former HR lead at US conglomerate Honeywell and energy business AES Corp.

It’s an approach that is as important in small businesses as in large ones. Tech start-up Artfinder is an online marketplace for original art. It recently became a partner with boutique hotel brand My Hotels, whose Bloomsbury branch happens to be on the same street.

The power of new ideas

The partnership began in September 2015, when Artfinder curated a food-themed art exhibition for the launch of the hotel’s new restaurant My Kitchens.

Artfinder’s business development manager, Angela Roldan said: “The partnership idea came from a colleague who’d met an employee of My Hotels.”
“I went to LinkedIn and messaged their founder and chief executive Andreas Thrasyvoulou, telling him about my belief that both companies were on similar paths in terms of vision. We set up a meeting and realised straight away that My Hotels and Artfinder were a great match.”

The biggest challenge in creating a cross-sector partnership lies in connecting two companies in completely disparate industries without it appearing forced.

Ms Roldan says: “We realised that simply exhibiting art on their hotel walls wasn’t going to do it and that we needed to build a story and create engagement around our partnership.”

The two businesses have now developed quarterly rolling galleries within My Chelsea (My Hotel’s South London venue), which they consider a great success.

“Our partnership has allowed us to reach new audiences who might not have even thought about art as part of their lifestyle or who were unaware that there is a way to buy original art directly from independent artists online,” says Ms Roldan. 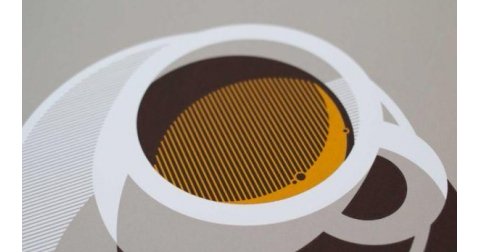 Software firm Impero’s core technology monitors worrying terms on computers and mobile devices on school networks, such as those associated with bullying and extremism. Working with organisations outside the technical sector is crucial to develop relevant products.

One such partnership united Impero with eating-disorder charity Beat, to help spot the signs of eating disorders in children.

Even with expert advisors though, Impero chief executive Sam Pemberton explains that it’s important to gather insights from as many sources as possible, to ensure you are getting the best possible information about new approaches, markets or ideas. He says: “We try not to rely too heavily on any one organisation. When you’re outside your area of expertise, it’s important not to put all your eggs in one basket: a proper balance of input will let you know areas of clear consensus – and contention.”

Some businesses can fit with each other, even if their products and markets are wildly different.

Here, social media is playing an increasingly important role. “Social media helps smart, agile businesses make personal connections that lead to great partnerships,” says Ms Trehan. And it’s on social media that a business will be first aware that a few obvious similarities between partners may mask gaping differences in culture and reputation.

“Take Lego as an example,” says Nina Aggarwal, founder and partner at brand consultancy Fusion Learning. “In a rare moment of poor judgment, the toy brand partnered with Shell to produce Shell-branded stations, lorries and racing cars, which prompted extensive backlash from customers and Greenpeace. Why? Because the collaboration didn’t reflect the purpose or values of the company.”

When partnering any organisation outside your sector, there are crucial points to consider, says Ms Aggarwal.

“Seek synergy,” she says. “Can you see a bigger, better benefit for your customers by partnering with another brand or business? If so, then it can be worth the time and resource investment required to build a partnership.”

Networking online and in-person remains the most effective way to make new connections. Experiment, and you might be surprised by the power of a little outside help.